Posted on February 4, 2015 by RIEDEL Fascination

One type of ‘reading theme’ I avoided,  is word games.  Bingo style is popular but I want to read any quantity about Canada, Ireland, England, Victorian, classic literature.  Not fuss with cover contents, whether it’s an award-winner, or a specific province.  My goal is to match fun categories with books I already own;  facilitating rather than excluding, outlets to read more of them.  This led to my group “Gentle Spectrums“, a way to be creative that is flexible.  However once I tried games, I found my reading varied enough to fulfill many groups’ criteria.  It’s enjoyable to stretch my mind in some sort of challenge, without doubting I’ll meet it! 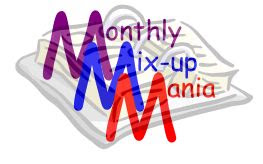 This game is a new idea and I like it!  I will wrack my brain, shelves, even novels I have already read to see what fits.  But it will be easy and I can take longer than a year to achieve it if I wish.  What you are doing is accommodating each letter, in the words from every month.  A letter within a title is hunky dory if you don’t have a title’s first letter.  Gina:  presumably I may substitute another letter in titles?  I have read so many starting with ‘C’, the months have run out of them.  Or I may alternate letters in titles, beginning with letters not in the names of months?

Mentally and literally sifting through my shelves for books that work, truly is the most fun part for me!  Stay tuned to see what I achieve in one year!  I will continue building upon this post if I need longer.

I aced this pair of challenges last year, by new Mom, ‘Kimberley’.  I sought permission to substitute the March category in “Monthly Motif”, because I am blessed with an abundant collection and don’t borrow or go to libraries.  Other than that change, I will again ace these puppies as is, with delight.

Conclusion:  This year I read whatever I wanted, instead of planning out books.  I had complete faith that I would read a variety of literature broad enough to hit all of these categories.  “Water”, “Sleep”, “Flower” were a stretch but you can see how I creatively covered them below.  Happy new year 2016!  *  Please watch for my own returning groups – one highly similar to this.  *

It is my pleasure to rejoin the full pair.  I have permission to switch May “Libraries Or Borrowing” with a novel featuring a library.  I have built a vast enough collection of literature, that libraries made no sense for me, even when I lived in a town that had one.  I didn’t imagine Kimberley saying no;  we aren’t competing for prizes.  It was a courtesy query.  :)

JANUARY – A book or character that has a movie based off of it.
“Girl Sleuth, Nancy Drew & The Women Who Created Her”  Melanie Rehak  2005

FEBRUARY – A book that has won a literary award.
“The Haunting Of Maddy Clare”  Simone St. James  2012

MAY – About libraries, or with a library backdrop.
“The Sayers Swindle”  Victoria Abbott  2014  (Finder of rare books).

JUNE – Takes place in a country different than yours.
“Waiting For Willa”  Dorothy Eden  1970  (Sweden).

JULY – Character stands up for themselves, something they believe in.
“Six Darn Cows”  Margaret Laurence, Ann Blades  1979

AUGUST – In the future, an alternative reality, an unknown world.
“The Little Old Lady Who Was Not Afraid Of Anything”  Linda Williams, Megan Lloyd  1986

NOVEMBER – A good oldie! Published before 2000, or set well before.
“The Boarded-Up House”  Augusta Huiell Seaman  1915

DECEMBER – Series you wanted to finish, or next in a series you started.
“Jacob Two-Two’s First Spy Case”  Mordecai Richler  1995