Posted on September 30, 2012 by RIEDEL Fascination 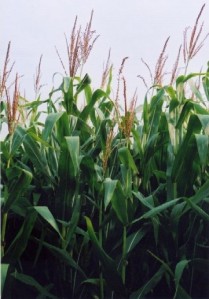 “Grains of knowledge
Stretch to the sky
Wealth derives from joy
Nourish the soul
By replanting both and
Leave the gate open wide“.

The lives we lead are measured by time.  Events highlight our calendar.  Whether designated by spirituality, a country, or enthusiasm for a personal birth:  the memories are up to us.  They aren’t “just another day”.  Milestones colour my life and no year is an evenly-calculated blur.  We should know the origin of holidays but our motivator to participate is what matters.  In Canada, Thanksgiving roots aren’t from a solitary event, hence many don’t know how it began.  Today we embrace any gratefulness but here is the history.

The common inkling is about food harvesting, or populating our country and both are right.  Our ‘First Nations’ Aboriginals held ceremonies in thankfulness of successful crops, for centuries before Europeans came (second nations).  A festivity was held after ‘Martin Frobisher’ came from England to Baffin Island;  Nunavut territory today.  He’d travelled before looking for the famous ‘Northwest Passage’ and in 1578, returned with 15 ships to build a settlement.  Each carried crucial provisions and materials so when one was lost, the project couldn’t be done.  There was such a perilous environment of ice, it is miraculous the other ships got there so they gave a religious ceremony.

As our second language proves, France sought Canada too.  ‘Samuel De Champlain’ held a feast of thanks from 1604 onwards for their safe arrival.  Our primary language is Anglophone, because at the end of the ‘Seven Year’s War’ in 1763, England vollied into position.  Pleased with the outcome, a special day was held in Halifax, Nova Scotia on the Atlantic coast.  Thanksgiving Days started being observed in 1799 but weren’t yearly until 1879.  Then it was the annual date and theme that altered until 1957, when Canada officially declared the second Monday of every October:  “Thanksgiving Day“.  I can’t believe how recent that is!  In the beginning, a reason was chosen every year for giving thanks:  an bountiful harvest, a special anniversary, an important event.

Modern day Canadians use it to express gratefulness for anything and to gather family.  There are often week-end getaways, parades, and sports lovers might incorporate football-watching.  Most provinces get a statuatory day off work, as well as government and bank offices.  Although the holiday itself is (this year) Monday, October 8th;  we Canadians eat our meal any day of the long week-end.  Families who don’t normally say a ‘grace’ prayer before meals, often do on this occasion.  We have a set of ‘good dishes’ solely used for holiday gatherings;  including a fancy tablecloth, actual cloth napkins, prettier than usual cream & sugar jars, pepper & salt shakers, etc.  A candle is a centrepiece for my table.  Others incorporate pine cones or are creative.

It’s rare but means a great deal to me, when anyone describes Thanksgiving without mentioning turkey.  Last year, a tense week-end turned out okay;  through prayer I’m convinced!  In my next article, I’ll tell what happened and why the purpose became more sentimental.  I’m forever grateful.