Posted on April 9, 2012 by RIEDEL Fascination

It is my all time favourite because I count on elements I love, with surprise and variation.  Prevalent in North America through 1900 to 1980:  they feature strong, independent, females.  Protagonists are 18-30, making it easy to start this genre as a youth and to remain relatable to adults.  Stories take place in old mansions of character, with a palpable aura of secrecy that novels currently lack.  A decent ghost and hidden rooms are hard to find!  Another constant is that estranged, absent, tragic, or unknown family history sets the scene.

Stories weren’t sexually or gruesomely graphic.  Authors didn’t overdo violence.  Romance could seem antiquated but occurred at the end of stories that contained it.  Protagonists problem-solved and carried the story, romance seldom the crux or plot (not to be mistaken for ‘romantic suspense’ of the time).  The 1970s updated gothic mystery women:  the whole genre’s sweet spot!  Heroines were written better, while haunted houses were still in fashion!

The grandeur of architecture, location, heritage, and suspense sparks so many ideas, the stories rule used stores and yard sales today.  Don’t judge by discount or hokey covers!  These authors are a rare talent, dreaming up a staggering number of adventures.  Look up any of the greats.  I’m blown away by their longevity, as much as vast titles to their names.  There were no series either;  always individual plots and characters.  As one who grew up with gothic mysteries and is still unearthing them, I say this is the genre with the most gems!

* Horace Walpole started the general gothic genre, set in castles.  Women got menaced by the supernatural but weren’t sleuths.  Gothic mysteries are the strong, female off-shoot.  The “cozy mystery” succeeds them;  with commonplace career themes and humour, instead of mystique.  Series are set in bakeries, vineyards, boutiques… with a sidekick pet.  PJ Alderman is a cozy mystery writer with gothic mystery influence.

Archaic mansions are compelling.  They’re old enough for poignant history, large enough for secret artefacts and passageways!  More relatable than professional investigators, normal women overcome shock and fear the way anyone would.  The best plots are paranormal!  All of these spooky elements leave a satisfying feeling;  that there really is magic in the world.

In a society that claims space and thinks it has invented technology for everything:  gothic mystery fans believe there are still uncharted realms.  There is much mystery left for the average individual to unveil, after all… 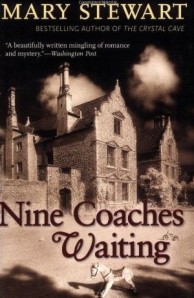 2 Responses to The Gothic Mystery